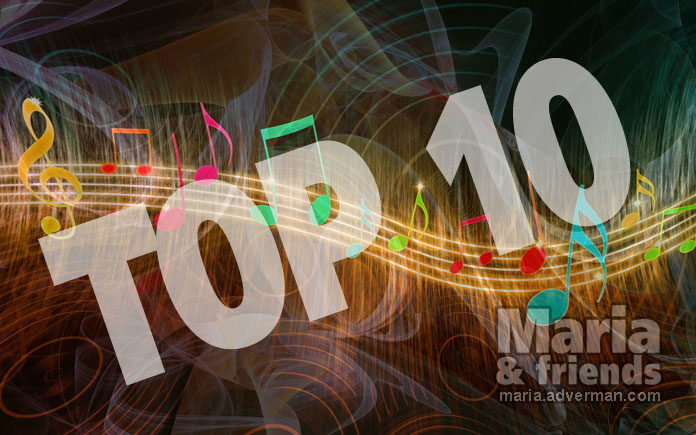 The Rolling Stone magazine polled artists, critics and industry insiders to create a list of the era’s truly essential moments.

It’s the 100 Greatest Songs of the Century – So Far. I publish 10 songs from this list.

“The 2000s has produced a shocking amount of incredible music – and since changes in technology have made it all pretty much free, we’ve been able to hear more of it than ever before. We’ve been lucky enough to see some larger-than-life superstars roll through, from Beyoncé to Drake to Jack White to Adele, and we’ve seen greats from the previous century like Beck, Outkast and U2 change and re-up their game.

To compile our list the “100 Greatest Songs of the Century – So Far,” we reached out to a large group of artists, producers, critics and industry experts who sent us ranked lists of their favorite songs. We tabulated the votes. Our own editorial list might look a little different, but the result is an excellent reflection of an incredible period in music history.

“It has this go-go feel to it, this old-school feel,” Beyoncé said of her debut solo single. “I wasn’t sure if people were going to get it.” In fact, the funk-fire horn blasts that opened “Crazy in Love” heralded her arrival as the boldest superstar of the century, the diva who made everyone else’s splashiest gestures seem tiny. Producer Rich Harrison constructed the song’s blockbuster beat around a horn sample lifted from the Chi-Lites’ 1970 song “Are You My Woman? (Tell Me So),” but he kept it in the can until he found the right artist to record it. After warming to the beat, Beyoncé told Harrison to write a song around it, returning to the studio two hours later to knock out her vocals. “She’s got such a strong voice, your job is just to make sure nothing gets distorted,” recalls engineer Jim Caruana. The decision to add a verse from Jay-Z, whom she’d begun dating, came at the last minute. “I asked Jay to get on the song the night before I had to turn my album in,” Beyoncé said. “Thank God he did. It still never gets old, no matter how many times I sing it.”

Maya Arulpragasam’s globalist hip-hop masterstroke was one of the freshest things to hit radio this millennium, based around a Clash-sampling gun-clap beat by her then-boyfriend, Diplo. But it’s a lucky thing “Paper Planes” even got created in the first place. “It nearly didn’t happen,” M.I.A. recalls. “Straight after I wrote the song, me and Diplo had a massive fight, and I threw the hard drive [that contained the demo] at his head from the top floor. Luckily the hard drive landed in the boot of the taxi that he was about to get into and not on the ground. So it got saved.” Two months later, Interscope A&R man Mark Williams called M.I.A. and asked her to finish the track. She reconvened with Diplo in Brixton; the producer Switch joined them during these sessions as well. “They had this Clash sample [from ‘Straight to Hell’] and were struggling with the rhythm section,” Switch remembers. “I heard it, was blown away, and got more involved with the technical side of things – layering up the kicks in the chorus, putting the gunshots in.” “Paper Planes” was not chosen as the first single from M.I.A.’s Kala album. Or the second. Or the third. But when Seth Rogen placed the single in the trailer for his stoner comedy Pineapple Express, “Paper Planes” became a Top Five hit. “Shout-out to Seth Rogen,” M.I.A. says. “He changed my life.”

The 21st Century’s greatest riff came to Jack White during a soundcheck in Melbourne, Australia, and the title was a placeholder. “That’s what I called the Salvation Army when I was a kid,” he told Rolling Stone in 2010. “[It] was just a way for me to remember which one I was talking about, but it took on a new meaning with the lyrics.” Fully formed, it addressed toxic gossip, the sort that grinds away at you, likely referring to the sort he endured over his relationship with drummer/ex-wife Meg White. It’s a coiled, cresting threat to go ballistic, with a fist-pump battle-readiness that has made it an all-purpose anthem of defiance, chanted at protests and sporting events worldwide. (As White said of the Italian soccer fans who made it their national rallying cry, “I am honored [they] have adopted this song as their own. . . . I love that most people who are chanting it have no idea where it came from. That’s folk music.”)

Sure, nobody takes Polaroid pictures anymore. But “Hey Ya!” still feels like the funk-rock future. “That’s when my friends started hipping me to the Ramones, the Buzzcocks, the Smiths,” said Outkast’s André 3000 about writing the song, a few years before its 2003 explosion. “I was getting to this music late. I was like, ‘Damn, this shit is jamming. Where have I been all this time?'” Playing the first guitar chords he ever learned – and every other instrument save some studio cameos from Kevin Kendrick and Aaron Mills of the Eighties funk band Cameo – André tried to do what he called “a Woody Allen kinda thing, a humorous kind of honesty,” with lyrics about a romance that seems more like an obligation. “But,” he told Rolling Stone, “people just want to dance to it.”

“I kept trying things that I thought would sound like a Jay record,” said veteran Eighties bell-rocker Rick Rubin, “and after, like, three or four days he said, ‘I want to do something more like one of your old records, Beastie Boys-style.'” Pointing back to vintage Def Jam and forward to Kendrick Lamar’s incendiary survival tales, this hard-rock riposte to critics, crooked officers and the prison-industrial complex found its indelible, provocative hook – “I got 99 problems and a bitch ain’t one” – from a 1993 record by Ice-T and 2 Live Crew’s Brother Marquis. “The hook itself,” said Jay in his book Decoded, “is a joke, bait for lazy critics. At no point in the song am I talking about a girl.”

In the early 2000s, Yeah Yeah Yeahs were one of those preternatural New York City punk bands where you felt cheated if you went to show and didn’t catch a wad of Karen O’s spit. But they weren’t a local band for long. Fever to Tell, their 2003 debut album, produced by TV on the Radio’s Dave Sitek, sold 1 million copies worldwide on the strength of, ironically, its most tender song. Karen O wrote the heartsick ballad “Maps” about her boyfriend, Liars frontman Angus Andrew, and hoped that he would come to see her at the video shoot for the song before she left for tour. “He was three hours late. . . . I didn’t think he was even going to come, and this was the song that was written for him. . . .” she said. “I got myself in a real emotional state. The tears in my eyes were real.” She wasn’t the only one crying. Even Beyoncé referenced it in Lemonade during “Hold Up,” her own anthem of reckoning.

This “toast for the douchebags,” soaked in regret and guilt, is the nine-minute centerpiece of West’s massive My Beautiful Dark Twisted Fantasy. “He probably had listened to the beat for four minutes, and got in the booth, and almost verbatim to what’s on the song today, just did it,” said producer Emile, who provided the original skeleton for the track. “The lyrics and the concept were what they were, and that’s when the Kanye West genius producer mode came in to play. He totally reproduced the record, and kept working on it and working on it, along with Jeff Bhasker. … He turned it into this epic song. It’s just a beautiful record. A masterpiece.” Rapper Pusha-T, who provides a raw second verse, referenced relationship problems he was going through at the time. “In the verse, I’m really having a conversation with someone: I was in the wrong about something, so I’m saying it, but then I’m trying to ease it, too,” he said. “And [West is] like, ‘No, I need more douchebag. No, please – more douchebag.’ He’s killing me, he doesn’t even know it. Eventually I’m like, ‘Fuck it, I’ll just go all the way.'”

Shortly after the breakup that ended her “first real relationship,” 20-year-old Adele went into the studio with songwriter Paul Epworth and channeled her raw heartache into a muscle-car Motown update that built to a gospel fever. “It’s me saying, ‘Get the fuck out of my house,’ instead of me begging him to come back,” she explained. Powered by the pain and authority of Adele’s vocal, “Rolling in the Deep” put old-school soul music back on the charts – all the charts, including rock, pop, R&B/hip-hop, dance and Latin, making it one of the biggest crossover hits ever.

Maybe the greatest striver’s anthem of our modern era was written in half an hour by a 15-year-old in Auckland, New Zealand – perfectly reasonable, since no one views the world’s absurd unfairness, or their own rights within in it, with greater clarity than a 15-year-old, especially one situated 8,800 miles from Wall Street and the heart of pop-culture imperialism. Ella Yelich-O’Connor, a.k.a. Lorde, came up with the name after seeing a picture of the Kansas City Royals’ George Brett in a magazine, and its critique of luxury fetishism after bingeing on rap LPs (especially Watch the Throne) and Lana Del Rey’s Born to Die. “All those references to expensive alcohol, beautiful clothes and beautiful cars,” she said. “I was thinking, ‘This is so opulent, but it’s also bullshit.'”

“People would say, ‘You know that song ‘American Girl,’ by Tom Petty? Don’t you think it sounds a little like that?’ ” the Strokes’ Julian Casablancas said. “And I’d be like, ‘Yeah, we ripped it off. Where you been?’ ” The real punchline is that almost 20 years down the line, “Last Nite” doesn’t sound like anyone but the Strokes. Albert Hammond Jr. and Nick Valensi play that nicked riff in a way Mike Campbell never dreamed of – it’s somehow both cleaner and dirtier than the original, which is kind of this band’s whole thing – and Casablancas’ last-call drawl is 100 percent him. Petty himself got it right in 2006, when he shrugged off any potential copyright issues in an interview with Rolling Stone: “A lot of rock & roll songs sound alike. Ask Chuck Berry.” 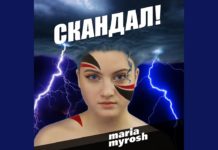 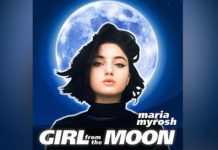 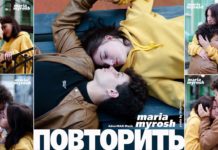 February 28, 2020
0
Please listen to my new song – Скандал! Stream and buy this single on all music services. Maria Myrosh.

Elon Musk is a Martian!

Look at the world through the strings of a guitar

The Apprehension Engine for horror music

SUPPORT ME
Become a Patron!